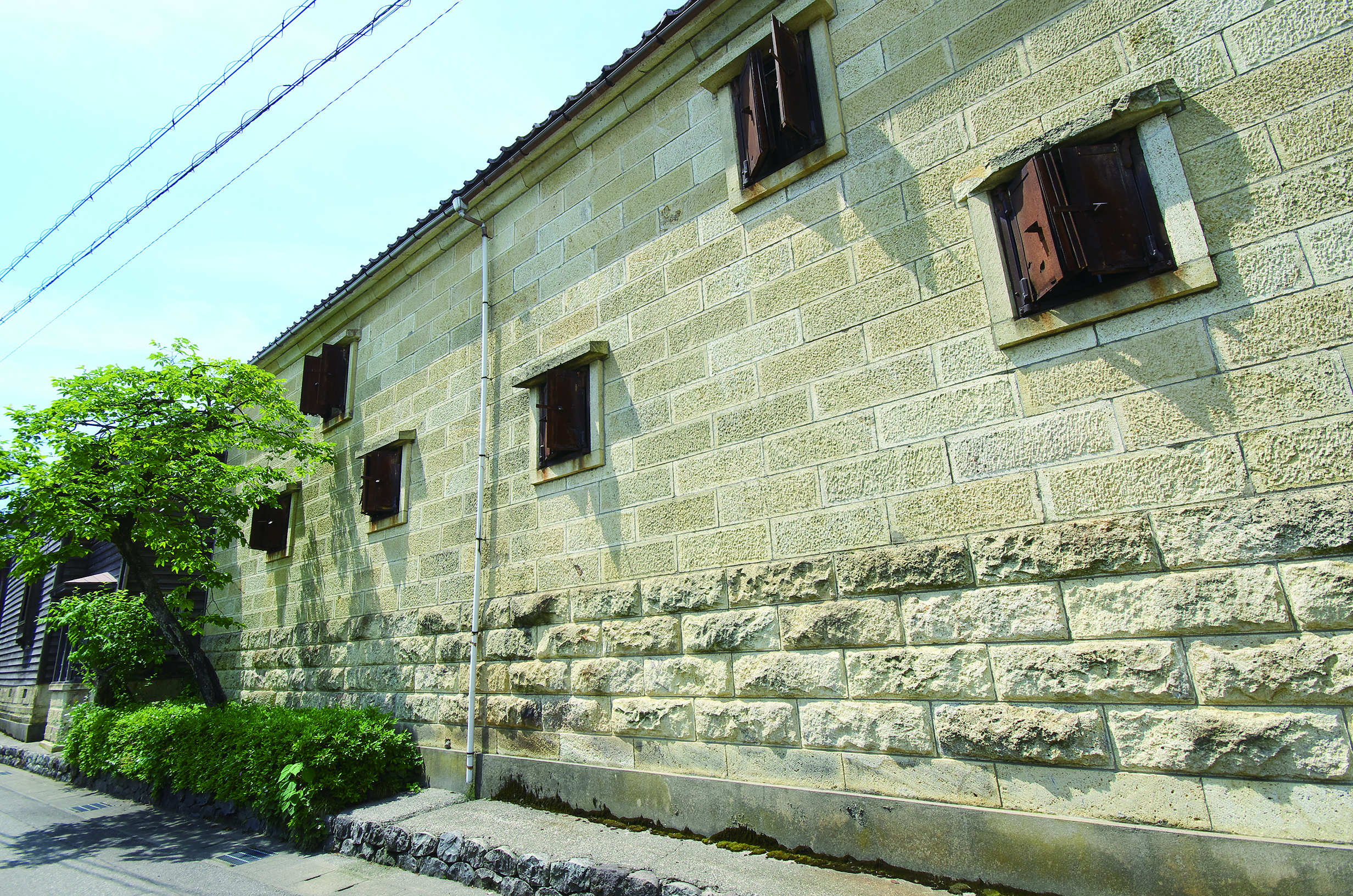 [:en]A medium-sized brewery with a history dating back to 1860, Higashi Sake Brewing Company produces approximately 50,400 liters a year. Though small, its reputation is huge, and seventh-generation president Higashi Yusuke is passionate about continuing that proud heritage.

The brewery’s trademark Shinsen label has received many prestigious accolades; the exclusive Shinsen Daiginjo is even served on the aircraft used on official visits by the imperial family and prime minister. Due to the limited production capacity of the brewery, its sake is available only within Ishikawa Prefecture.

The twelve separate buildings that make up the brewery complex are registered cultural properties. The four main halls, constructed of local Kanagaso tuff stone, make an especially striking impression. In 2019 Higashi completed an extensive renovation of a traditional stone warehouse where small events and concerts are held, adding to the overall charm of this brewery’s unique architecture. Also on the grounds is Keisho-an, a sukiya-style tea house and garden where tea ceremonies and seasonal sake tastings can be arranged by prior appointment. The Ryokuju-an waiting room is furnished with a beautifully carved zelkova-wood ranma, the decorative element of traditional interior design that doubles as transom and vent, and its wooden doors inside and out are original pieces from the former Komatsu Castle.

From April to November tours of the brewery are conducted, also by prior appointment, for a modest fee of ￥500. A voucher in the same amount is provided to each guest to use toward any purchase of sake at the brewery after the tour.